January 22, 2017
Happy New Year! Hope everyone had a good holiday season and a great start to 2017! I am writing to you from school, where I am sitting at the window watching people slip on the dreaded 4 inches of ice outside, and stressing about online calculus because the WiFi is down! All negatives aside, here is a summary of my fairly chill past 2 months :)

After a successful Junior Road World Championships in Qatar, I took 7 weeks off the bike and decided to not go to Cyclocross Nationals because I was in dire need of a mental and physical break. I still went to the gym, did lots of yoga and TRX and rode my horse, Elmo to try and avoid going stir crazy! However, coming off of an amazing season and the “racing high,” then that shift back into reality, along with time off the bike is very mentally tough. Those first couple of weeks that I was off I was in a super strange headspace and would have these random meltdowns at school and the gym. Yoga was a huge asset for me then, because of the mental relaxation and all of the balance and stability in life it preaches. 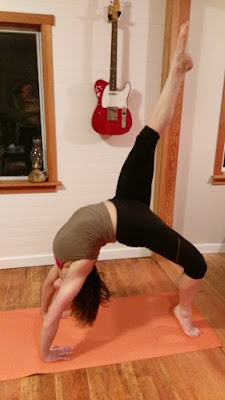 December 1st, training officially started again, but I eased back into it with some time on the track and trainer as well as a new gym program. Conveniently, around the time when I was going to get out on the road bike Vancouver got its first real snow in many years! Which then froze... and is only melting now. I probably sound pathetic compared to the rest of Canada, but -5 to -15 is cold! That meant more time spent inside over the break :/

The winter break brought with it lots of family and Christmassy stuff and some nice downtime where I had no regrets about being lazy! Then came a pretty chill New Years Eve and shortly after (well, 2 day to be exact), January 2nd, where my dad/coach and I sat down and looked at my next few months and discussed how my training would go. Back to the grind, and there’s nothing I want more than to be back on the bike! 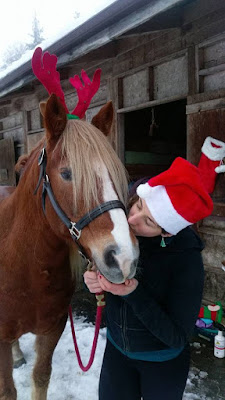 Some very exciting stuff in store for 2017! Over the Christmas break, I signed my first team contract to race with the Belgian UCI Women’s development program, Lares-Waowdeals. I am so honoured to be a part of this team, along with 5 other junior women and, on the elite team, Thalita de Jong! (2016 Elite Women Cyclocross World Champion). 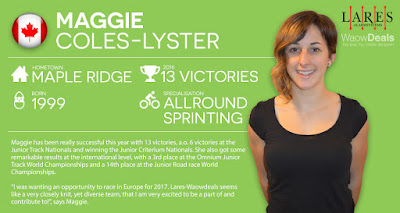 I am also excited to share that I will be racing North American races with the team who gave me so much incredible support last year, TaG Cycling Race Team! Stoked for some awesome team trips with the squad again this year. :) 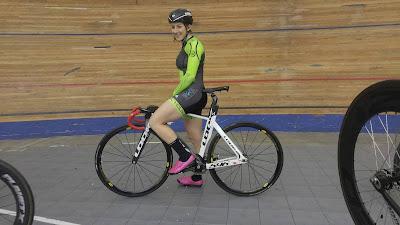 I would like to say a big thank you for all of the support in 2016, and would like to welcome some new sponsors on board to help me with my journey in 2017! Thank you Local Ride Racing, TaG Cycling Race Team, Lares-Waowdeals, Cycling Canada, CODE Sports, Power2Max, Masimo, ISM, Podium Sports, Epoch Analytical, Cycles Lambert, Vision Wheels, Orange Sport, Born SportsCare, Bont Cycling.