July 25, 2017
Soo back in the air and country traversing to Ottawa/Gatineau for the 2017 Junior Road National Championships. Firstly, shout out to mother nature for cooling down the weather, compared to the muggy heat of last year and sorry to the elite men who were caught in the thunderstorm for both the road race and time trial!


Anyways, was great to be reunited with the TaG fam for our last big trip of the year, always chill times and lots of laughs to be had with those amazing people! So for my first subtitle, I would like to call this the Curse of the Road Race. Suffered bad luck last year with missing the break and cramping issues, and this year, 15km into the race, a crack in the road attacked my front tire and flat! A slow wheel car plus some attacks and an acceleration in the pack made my chase to get back on futile. I gave it my all, and still finished the 70km race with a few dropped riders 6 minutes back from the pack.


Okay, I let that go and powered on to the next race: The Time Trial. Time Trials have never been my strong suit, and always something I’ve needed to dedicate a lot of time to. Before the race, I found roads out West similar to the course and did lots of training and simulations to prepare myself. I was warmed up and ready to prove to myself that I could do it. However, as it can happen in a race, other girls were stronger and I ended up 5th place. Now I know that’s still awesome, but as I am always shooting for that top step and have consistently high expectations for myself, it wasn’t good enough.


Lucky me got to follow up the time trial by doing my French Provincial Exam at a school in Quebec... in a storm... during a power outage. But hey, the WiFi still worked so I went in and crushed that exam which meant I had officially completed High School!

One more day in Quebec and probably the race I was most excited for... The Criterium! I was a giddy, bubble of excitement all day and was beyond ready to defend my 2016 Crit Champ title! Last year, Simone Boilard and I had attacked off the line, and rode the whole race in a break with it coming down to a two up sprint. This year, I went in with the same plan, but the pack wasn't about to be tricked like that again. Despite numerous attacking attempts by some strong girls, a break never stuck, until the end where it ended up being a group of 9 of us with about a 30 second gap for the sprint. With a shorter, steeper hill up to the line, I left my jump until the last 150 meters and defended my title! Congrats also to Kurt Penno who defended his 2016 Junior Men's Crit Champ title as well :) 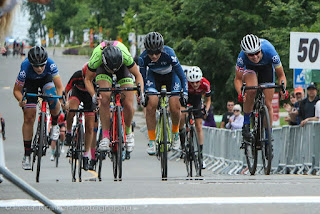 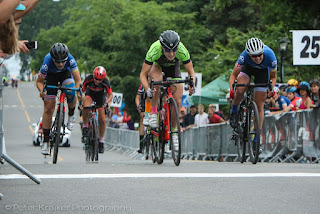 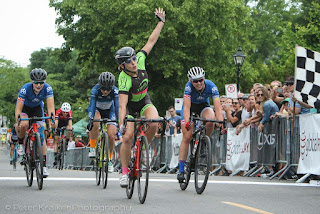 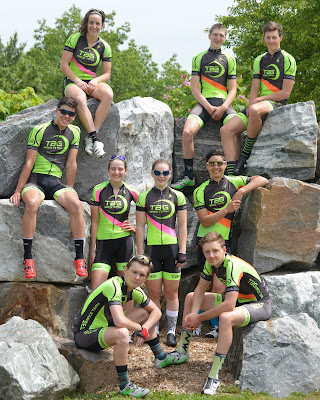 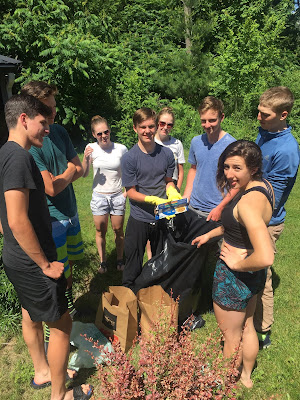