So it has been quite a while since I have blogged... looking back, I have a bunch of half finished blogs so I'm just going to sum them all up here. If you choose to venture down the path of concurring my blogs, grab a coffee and may the force be with you!

2017 was a huge year for me filled with new experiences, big races and the best conclusion to my junior career! The year really started in July where I had my best ever BC Superweek. I first raced Superweek when I was 14, so it is amazing seeing how far I've come since then, from not finishing a single crit to top 10's, top 5's and even a 2nd place finish, as well as my first UCI point with a top 10 in the UCI Delta road race. 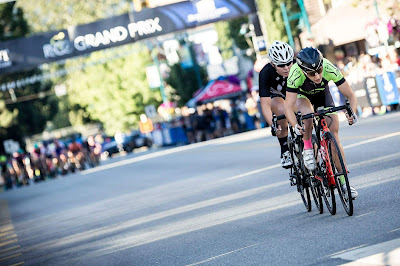 Post Superweek, I had a week to recover and see my friends for the last time for a while before we all went our different ways. Then it was off to Europe! From mid July to the beginning of November, I spent a total of 9 days at home and the rest on the road in many different countries. First stop was Belgium to join Lares-Waowdeals (my elite women/junior development Belgian team) for some bigger road races. I got off the plane with just my suitcase (as I rode the teams Eddy Merckx which they kept in Belgium for me) and waited to be picked up by my team director (whom I'd never met before and had no idea what he looked like so finding him in the airport was, well, interesting!). For the next few weeks I stayed with him and his family in their big, old, very Belgian house near the cycling capital Oudenaarde in the West Flanders region. There were also two Japanese riders staying at his house, so I had others to adventure the Belgian countryside and cobbled climbs with (although they spoke mostly Japanese, I speak English and French and the team spoke mostly Dutch... so conversation was always a solid challenge haha!). My favourite part to think back on was probably how well I got along with my team directors 6 year old son who only spoke Dutch! He was a great teacher, pointing out animals and making me repeat their Dutch names syllable by syllable :)


Anyways, this first month or so had its ups and downs, and most of it was just figuring out how to live pretty much on my own in a country where I didn't speak the language and finding a daily routine to avoid laying in bed and procrastinating training till late in the day (which was not hard to do!). I lived for race days and while I was there raced multiple kermesses, a Post-Tour criterium and at the end, drove down to France for the Tour Charente-Maritime Feminin where I placed 9th in a field of over 100 elite women.


The day after the last stage of Tour Charente-Maritime, I hopped on a plane and joined team Canada in Milton, Ontario for the pre-Worlds training camp. 10 days later, it was back to Europe for Junior Track World Champs in Montichiari, Italy. This was an amazing trip in the coolest country, with the best teammates, and all of the pieces fell into place so I ended the week with a 5th place in Team Pursuit, silver medal in the Omnium (my first time racing the new Omnium format and after suffering a crash with 2 laps to go in the Tempo- and still winning that race!). The Saturday brought the long dreamt-of Gold medal in the Points Race, with taking a lap and crashing with 10 laps to go while on neutral from another crash! Crazinessss!! The last day of Worlds, I channeled the last bit of energy in my system and Laurie Jussaume and I took on the Madison finishing in 7th and collapsing on the floor in a heap of emotional, exhausted wrecks afterwards! I can't express just how cool it was to, once again, meet new people from around the world, lots of who I am still in contact with or whom I've seen at other races since. 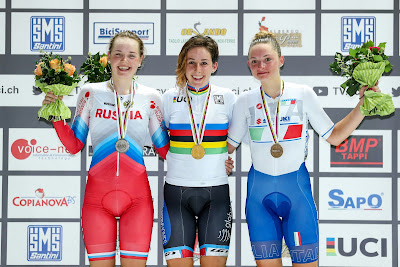 I spent another week in Italy after Worlds, spending some time off the bike, limping around beautiful Venice and trying to avoid falling in canals with my family. Then we said our goodbyes and went separate ways at the airport, me flying back to Belgium and them back to Canada. I had three days of training, then us 4 Lares-Waowdeal girls were packed into a sprinter van and we drove almost 10 hours straight down to the Ardeche region of France for one of the hardest women's stage races, the 6 stage Tour de L'Ardeche. We stayed in little trailer homes with all of the other teams, and it was really motivating and inspiring to interact and race with other Canadian Superstars racing on UCI teams like Alison Jackson and Lex Albrecht.


Anyways, I suffered through 4/6 stages of Ardeche, each one 90-125km with it's own set of hills to kick your butt... some climbs being over 20km long. Now let me tell you, going from high speed, powerful track racing to the French mountains is NOT the easiest transition, but we figured it would be a perfect way to prep for Road Worlds in Bergen, Norway two weeks later. One of my best results in this UCI race with over 100 women was in the short, windy, hilly TT where I got top 50 and the top result among the riders on my team. Afterwards my team director exclaimed how I'm a "natural, strong TT'er!" Definitely the first time I had heard those words and probably was the highlight of that race :D 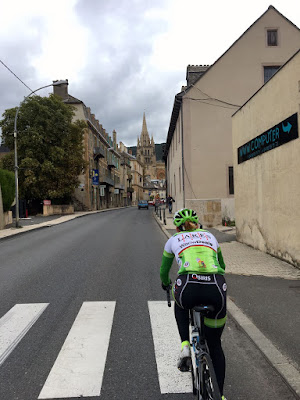 ...continued in next blog